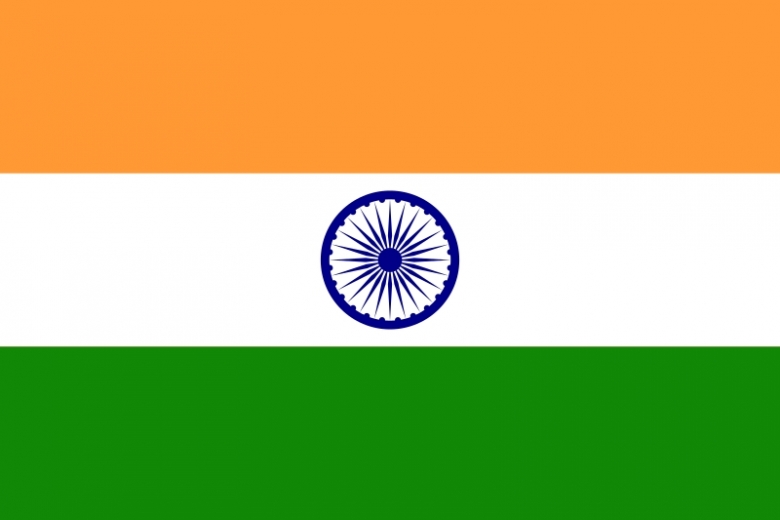 The Republic of India is the sovereign state located in the South Indian Peninsula, South Asia. It is also the world's seventh largest country, the second largest population, and the fourth largest economy. It is bordered by six nations, Pakistan, China, Nepal, Bhutan, Bangladesh and Myanmar, surrounded by the Indian Ocean. And it also bordered by the water Maldives, Sri Lanka and Indonesia, while according to the argument that the land controlled by the Pakistan is Jammu-Kashmir’s, and as well as Afghanistan.

Indian Peninsula and India are the birthplace of Indi cultures and other ancient civilizations. In the most of the history, it become knot of trade and settlement, culture, and religion are flourished. In India there were four religions developed that are Hindi, Buddha, Sickie and Jana.

From the beginning of the 18th to the mid-20th century, it has been become British colony step by step. After independence in 1947, the economy and the military were progressively developed, now ranked at world 12th by nominal prices and 4th by purchasing power of trade, year GDP. However, with over a billion people, there are weakness that literacy percent is low.

Just a few years ago, Indian specialists became well-known in the world as well. Especially they are smash in the areas of information technology, engineering, technology, business and medicine. In particular, in the field of information and technology and out sourcing, the Indians have been forced to overthrow is cause of raise not only education researchers but also the world's largest economic magazines, and the American and European researchers and research centers. It seems Indian education system has a secret feature that American inhabitant Indians established company such as the TIE and CEO are the expanded in the world, and the leaders of these firms were educated in India. But on the other hand, in this large nation it is worth noting that only 47 percent of the population is literate and with 600 million people who cannot read and write. So it is strange that part of India is the top elite of world leaders.

What did the British colonization leave in India?

The English language has left a very good English environment and education system in India. The impact of English is very important in the world of deepening globalization. Britain is chose medium and upper medium layer people and built lot of English-speaking schools or education system to form the Indian elite layers and government employees. The English language emphasizes the civic education of India as a way to engage them in English, and to take the first step in teaching and spreading English in cities and settlements.

In India, children are enrolled at age 6 and phase with grades 1-5 is primary school, grades 6-9 and grades 10-12 and grades 6-12 called secondary school and after graduate this school students who want to enroll universities also choose Natural Science, Trade and Business, Arts etc. Most of the schools created during the British colonial period were built by foreigners. There are lots of Christian schools. After all the collapse of British colonialism in 1947, all subjects were studied in English textbooks and English systemic schools with dormitories were continuously established.

As Indian economy grows, investment in education increases and middle, rich people want their children to study at private and public schools. This increased competition and tuition fees. It takes a great investment and has high criteria to build a private school, so only can establish it multinational corporations or large companies.

After the Indian government is sovereign, it promoting high-speed industrial branch and scientific research then announced nation’s development orientation, and tended to build technical universities in all corners of the country. Let enroll graduators in these technically high ranked major employee preparing universities is reputable for complete secondary education schools and runs severe competitions. The word "Leading Students for Technical University" was unwritten law among the secondary educations.

Because of the country's policy, care for engineering education, the government has been supported by favorable incentives and favorable economic incentives, and the "headed" Indian child has become a master of engineering. Students are primarily interested in natural sciences, such as mathematics, physics, chemistry, and biology. These subjects are "fashioned" into the future of life, their career and progress. Indeed, the "people are people’’, and the key to prosperity is to compete with India for a great deal of competition from math and science.

India's first Prime minister, J. Neru, was legate to build a world-class university of engineering technic and medicine, even when he died. In order to create research and survey complex that competitive with Massachusetts Institute of Technology, USA, established The University of Technology of India (IIT), with international support.

The first IIT was established in 1951 in the western Bengal and four more schools were established within the next 10 years. In 1958, IIT Bombay and IIT Madras have been created and now have 7 schools.

One of India's oldest universities, University of Technology Thompson was founded in 1847 which is the first Technical University of India, becoming a member of IIT. These schools were established with the help of the United States, England, the former Soviet Union and the Federal Republic of Germany.

These IITs are preparing the top Indian engineers. JEE's integrated entrance exam in IIT is considered the most competitive and strongest of all admission examinations in the world. In 2002, only 10.5 to 16.2 percent of applicants in Harvard University and MIT can enrolled, but only 11.3 percent of the enrollee in India's 7 IITs were enrolled.

JEE assigns a two-stage exam to determine knowledge. The first is to take an integrated physics, chemistry and mathematics general test within 3 hours and if can pass the exam the second stage take exams separately those subject for 2 hours on each subject.

If can pass the exam, the most elite environment of study, equipment, high-end teachers and special environment waiting for you.

The Indian government has invested approximately $ 5 million annually for each IIT school.

Students are provided with accommodation, meals, and transport money. The tuition fee for IIT is 31,000 rupees (about $ 800).

Famous Technical Universities in India prepare especial project “Problem Solution Survey” which have a great impact on the success of their students as a "bait" and provide all the opportunities to study.

It means it is specific project to resolve unpredicted perfectly problems on natural sciences that mathematical, physical, chemical, biological science fields. From those, it is possible to acquire new technologies during the "Problem detective" of many unpredictable and undecided perfectly problems by the world scientists. Based on the knowledge gained through it, it comes into its own indulgence and is so it becomes new discovery in business world.

How amazing is the IIT's training, but only about 4000 Indian alumni are enrolled IIT's seven colleges which are with the Indian state great support. Over 60 years after the sovereignty, more than 380 universities and 15,600 colleges have been functioned in India and prepare more than 2,5 million graduators.

The world's leading economies are very rapidly moving around the country, and this can only be a reason to attract foreign students alone.

The second largest English language speaker in the world after the United States, the official language of the language is Hindi, English.

The world is recognized for its educational structure and quality.

The tuition fee is very cheap, the learning environment is safe, the teaching staff is well trained in high quality, good material and equipment.

People with different languages, religions and cultures are peacefully situated.

There are many things in the world that are a big democratic country.

It is clear that the first university in the world was established in India at 2000 years ago, with the history of studying Buddhist and scientific scholars at 10,000+ students from all over the world. It is clear that human history, culture, intellect and intellect are inexhaustible springs.

How possible to enroll these schools?

Nominated schools require higher TOEFL, GRE and GMAT scores. There are no Mongolian students currently in these schools. However, there are some major scientific and technological colleges in the country who are not enrolled in international examinations without a check score. It includes 14 Indian cities in the National Institute of Technologies, Allahabad, Gvalior, India Institute of Information Technology, State Universities, 40 State Agricultural Institutions, Hotel Management 24, and the 14 cities of Allahabad, Bhopal, Calicut, Jaipur, Nagpur, and Patna. other schools.

How much the fee?

The training and accommodation fees for these engineering schools are $ 4400. The cost of management, natural sciences, humanitarian training and housing fees ranges from $ 1200- $ 2500. $.

How often people interest about scholarship?

The Government of India awarded 30 Mongolian students annually to President Ts. Elbegdorj's 60th visit was due to the September visit.

In addition, some Indian universities offer 25,50,75 percent discount on tuition fees for very good students. The Mongolian girl who studied foreign language at NUU was exemplified 50%. When you look at it, you can get scholarships.

What are the main requirements to enroll?

Most schools require a 12 year school graduation. In our country, we have completed 11th grade and have to study at a college or college for 1 year. In addition, you need to have an English language level of lectures.

What if the English language is weak?

Of course, you cannot study if you do not understand the lesson. Students who meet 7-8 years of English and have a short English language

will be. So go into the environment and improve your language. Must be accustomed to the Indian English Tour. We are currently studying English language courses at the English and Foreign Languages ​​University in Hyderabad, South India, with 20 iod Mongolian students attending. There is no such English preparation camp near Indian universities. It's a great honor to define all Indian English standards, improve teachers' proficiency, and improve the knowledge of English civil servants in 100 countries in Asia and Africa, and a large professional and research institute with us. During the five years of establishment, we are proud of our success in becoming an official representative of the Education Advisory Council of the Government of India.

When can enroll those courses?

On January 15, 2010, the second admission course will take place. This time, the students will be able to join the six-month English language course and continue to be examined at the next level. Registration started.

Is there have training for people other than students?

There are English and computer training courses at all levels of long-term short-term enrollment. Also, children in high school are open to the Dormitory and to the Bangalore Education Center in Bangalore.

Universities and Colleges of India

Enrollment criteria for the US Universities

General admission criteria for the US English centers

General criteria to applying for US business and travel visas

Entry into the visa

Why study in the UK?